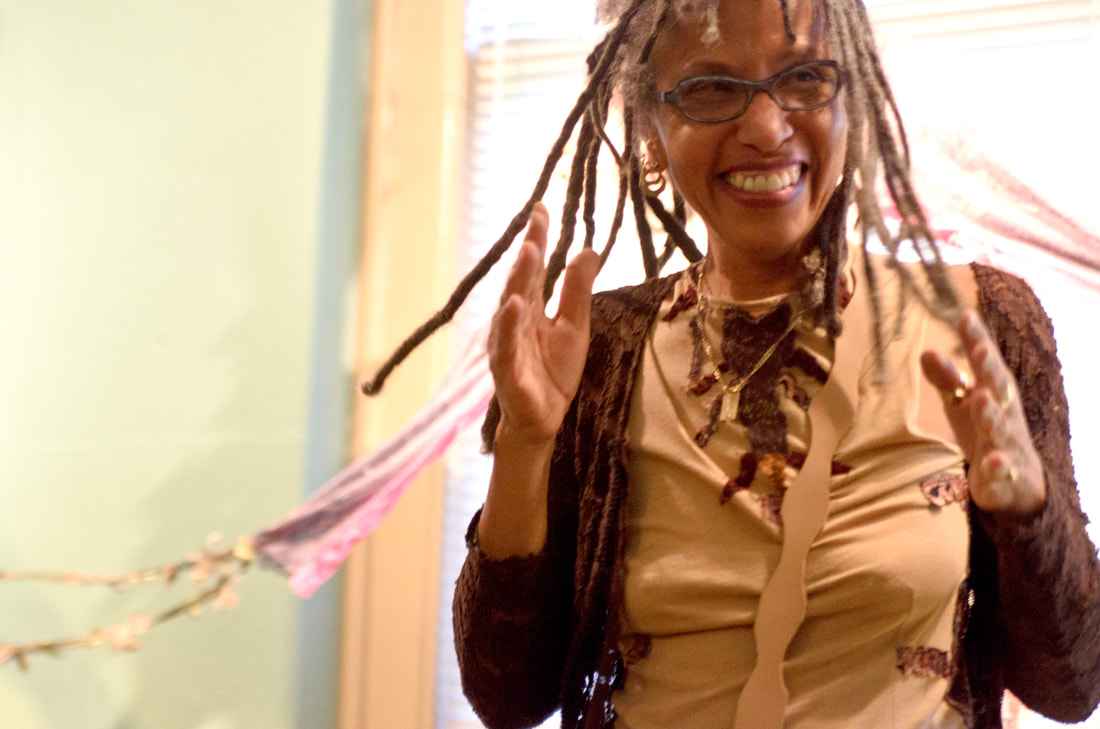 Marita Dingus is an African-American Feminist and environmental artist. She is primarily a mixed media sculptor who uses discarded materials to create her ‘Dolls’, varied size figures made of discarded trash, with hand painted faces.

Her use of found parts are brought together to create a sculptural form are indicative of the various pieces that make up the Black American in all its ultimately unified, undefinable glory. Structurally, no two are alike. But all are demonstrative of the universal truth that nothing real can be threatened and matter can only be transformed, it can never truly be destroyed.

"I consider myself an African-American Feminist and environmental artist. My approach to producing art is environmentally and politically infused: neither waste humanity nor the gifts of nature. I am primarily a mixed media sculptor who uses discarded materials. My art draws upon relics from the African Diaspora. The discarded materials represent how people of African descent were used during the institution of slavery and colonialism then discarded, but who found ways to repurpose themselves and thrive in a hostile world. I seek to use recovered materials, reconfiguring and incorporating them into pieces of art where possible and appropriate, and to mitigate waste and pollution in all my work. This is a creative challenge, but a commitment I incorporate into my professional and personal activities."

Marita Dingus was born and raised in the greater Seattle area. She attended parochial schools where the nuns encouraged her talents, using mimeographed copies of her drawings as images for her classmates to color in 5th grade. During high school, her brother-in-law questioned why she never drew Black people, awakening her self-consciousness.

Dingus attended Tyler School of Art at Temple University in Philadelphia (BFA, 1980) and San Jose State University (MFA, 1985). She has received a Visual Art Fellowship from Artist Trust (1994), a John S. Guggenheim Fellowship (1999), and the Morrie and Joan Alhadeff PONCHO Artist of the Year Award (2005).

Dingus has had solo shows at Henie Onstad Kunstsenter and The Stenersen Museum, both in Norway (2002, 2006), as well as the Museum of Glass in Tacoma, WA (2005 - 2006). Her work has been included in Nature/Culture organized by The Society for Contemporary Craft in Pittsburgh (2006 - 2008), Outwin Boochever Portrait Competition at the National Portrait Gallery in Washington, DC (2006 - 2007) and 21st Century American Women Artists at the Residence of the United States Ambassador to NATO in Brussels, Belgium (2006 - 2010). Her work is in many regional museums and corporate collections. Dingus currently lives and works in the Seattle and is represented by Traver Gallery in Seattle. 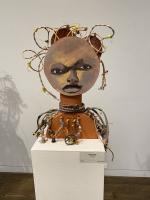