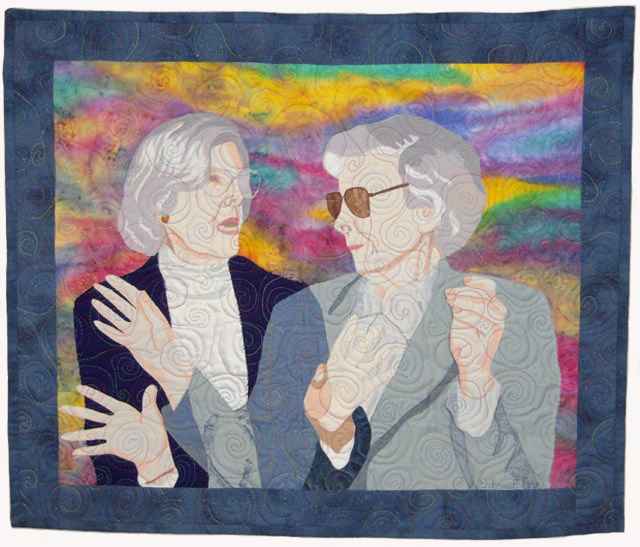 VCA’s art exhibition Like Mother… is an exhibition conceived and curated by L. Kelly Lyles. This group exhibition features diverse interpretations of the profound bond between mother and child, exhibiting 26 regional artists working in a broad range of mediums. Lyles originally conceived the show featuring women artists to explore the relationship between mother and daughter, however it has since expanded to include both men and women, new artists and an enhanced focus on multicultural interpretations of the theme.

The impetus for LIKE MOTHER was learning that my own need to make work after my mother's death is a shared one. Many friends were losing their moms, too, and wanted to “work out” emotions around their passing. These are artists who I admire with stories to tell. Some of their mothers were pilots, actresses, dancers, scientists, world-travelers, in addition to being home-makers.

These wonderful women should live on for our (artists and our families) benefit, but more importantly when strangers see LIKE MOTHER, hopefully they'll reflect on their own parental heritage; their stories, struggles and triumphs.

LIKE MOTHER is a reminder to engage with all people: our culture is so now focused, the exhibit takes time to delve into the past and help us recontextualize the present. I need to take this lesson to heart myself, fearing the ageism of the art world in my 60's.

My mother was a debutante, model, actress, socialite, world traveler, and a "hostess with the mostest" entertaining everyone from RAF pilots to royalty. Beverlie Lyles was larger-than-life to her family, her community, and beyond. The gentlemanly Spanish hospice director who spent weeks assisting her passage, knew of her history and therefore told me that it was an honor to be her caregiver. But as her daughter, it wasn’t until she passed away and I found myself researching her obituary that I realized what a truly extraordinary woman she was!

My mother and father met in Germany, he was a tank captain and she worked entertaining the troops. Surrounded by all those young enlisted men, mom had lots of proposals. A co-worker and friend in Special Services became the target of a grenade attack by one spurned suitor. One of Bev's criteria for marriage included a willingness to live abroad, so my father became an executive director for 3M company’s international division. As a family we moved around the world. Mmom attended Queen Elizabeth's coronation, I won my first art contest on the ocean liner the Queen Elizabeth. OK, maybe that analogy's a stretch....

The women in my family passed down a love of travel, socializing, volunteerism, and style which I embody into my art as well as wardrobe, and even my EXCESSORIES ODD-YSSEY artcar's devoted to fashion. “Like mother, Like daughter”. 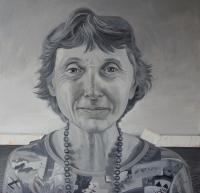 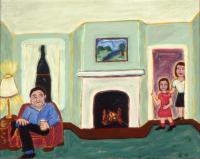 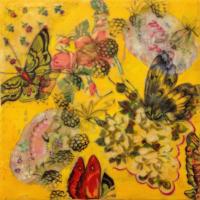 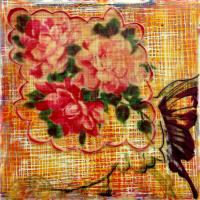